Do You Invest In Your Employees?

After completing the law enforcement academy in 1995, I rode with veteran officers so I could learn how to do the job. The department did not have a Field Training Program. I only learned from veteran officers who were supposed to “teach” new officers.

After completing the law enforcement academy in 1995, I rode with veteran officers so I could learn how to do the job.  The department did not have a Field Training Program. I only learned from veteran officers who were supposed to “teach” new officers.

Out of the three “veteran” officers I was learning from (rode with), only one actually taught me how to be a police officer; not to mention he was a very different teacher from the other two.

When we first met and got into the police car for the first time, he asked me what I thought about my training so far and of course.  I told him I was having a blast, recalling I told him I hoped we could get into a pursuit that night.

Later in the shift he pulled into an empty bank parking lot.  He stopped the car and looked at me.  I remember him looking at me with a little smirk on his face as he said, “So rookie, you want to be in a pursuit?”  I excitedly answered YES!  He looked at me and said, “Ok, here is your pursuit.”  I looked at him strangely, as he began to tell me, “You just witnessed a red Ford Mustang run that stop sign, as he pointed to a nearby stop sign.  You attempt to stop the vehicle, but it takes off at a high rate of speed.  The Mustang runs 3 more stop signs and runs a car off into a ditch, but continues to flee.  You note he throws what you think are drugs out the window as you chase him at over 100 mph into another county.  About 2 miles in the other jurisdiction, the Mustang crashes into a house and the driver runs on foot, but you catch him and begin to fight until you get him handcuffed.  Afterwards, you then learn the driver is intoxicated and the Mustang is stolen.

Now, explain to me what you do?”

I stared at him in awe, only knowing a few of the “academy” answers.  My teacher paused and then laughed at me.  He told me to get in the driver’s seat and pull behind an old “un-occupied” Chevy pick-up truck that was in the parking lot.

My mentor told me we were going to do some “traffic stop training”.  Explaining every detail about traffic stops as I practiced on this old Chevy pickup.  We probably made ten practice traffic stops before he had me go out and make a few real traffic stops.  After every stop, he would tell me what I did well and what I needed to work on.  We continued that style of work over the next few weeks until I was ready to work patrol as a solo police officer.

As I reflect back to the beginning of my career, this “veteran” officer was not an official FTO in today’s standards.  However, he was my first real training officer and the one that taught me how to do real police work. Later in my career I transferred (lateralled) to a larger police department, which had a formal Field Training Program (FTO Program).

Later in my career I went on to become an FTO.  Eventually, I became the supervisor of the Field Training Program.  As my experience in field training (on the job training) grew, I wondered; what do other professions do to train new employees to do the job correctly.

Employers have to hire new employees and train them just as we do. Suddenly it hit me!  “Every place of employment has trainers, whether it is a dedicated position or just someone the employer trusts to train new employees.”

After becoming immersed in the Field Training program, I quickly realized the FTO program can be adapted to fit any place of employment.

New employees have critical tasks for the employer to learn and demonstrate proficiency before they can be released on their own.  State and Federal laws, such as the Federal Employer’s Liability Act, may require you to properly train your new employees and failure to do so may end in a lawsuit.  Having standardized training, trained trainers, and a list of tasks to be performed correctly shows consistency and regularity when preparing new employees for a job.

FTO programs are not just a training tool for law enforcement, but for any profession.  It is simply a structured training and evaluation program for new employees. With daily evaluation and feedback, it helps a subject matter expert teach others how to do the job necessary for the position.

An FTO program is designed to create successful and skilled employees for the organization.  The best investment any employer can make is on their employees.

Investment in the future of your organization starts with mentoring of new employees or transitioning employees.

Lake County Florida, Office of EMS; formally known as Lake EMS, adopted an FTO program for this purpose. They collaborated with NAFTO to educate and certify their field training officers.  Additionally, the NAFTO course was opened to outside agencies. In doing so, they found the focus on standardized training has decreased turn over within their agency and those agencies whom attended the same training, which has increased quality of care, and improved moral.

NAFTO has 45 years of combined experience in firefighting, law enforcement, and EMS, and collectively experienced many different levels of commitment to training new employees.  The benefits of a formal field training program (FTO) include standardization, expectations, mentoring relationships, better customer service, higher quality of work, evaluation process for new employees, and reduction in liability. The future of every organization is its employees and the work they complete.

Why not invest in a field training program?

Sgt. Steve Kleeman is a 22-year veteran with the Evansville Police Department.  Steve is currently the FTO coordinator, trainer and lead academy instructor for the department and at the Southwest Indiana Law Enforcement Academy.  Steve has several instructor titles and recently achieved his Master Instructor title, the highest instructor level you can achieve in Indiana.  Steve is also in charge of the department’s less-lethal programs and the Mobile Field Force Unit.

District Chief, Stewart Brown is a 24- year veteran in public safety and 13-year veteran with Lake EMS.  Stewart is currently the District Chief of Provisional Staff which is responsible for the field training program, new hire program and promotional process. He also holds many instructor titles to include faculty affiliate with The National Association of EMTs for Advanced Medical Life Support and Prehospital Trauma Life Support. Stewart was recently elected to the National Association of Field Training Officers, Executive Board. He has developed multiple training programs and included simulation in the field training officer program for new hire or transitional EMTs and Paramedics. 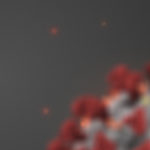 Next Story:
Class Cancellations during the Coronavirus (COVID-19) Pandemic